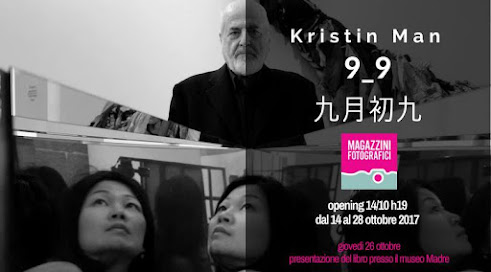 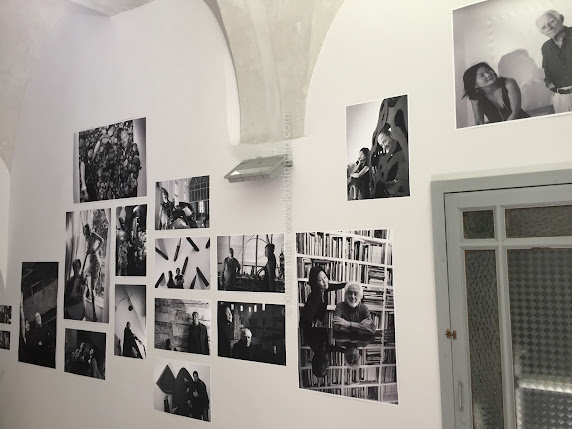 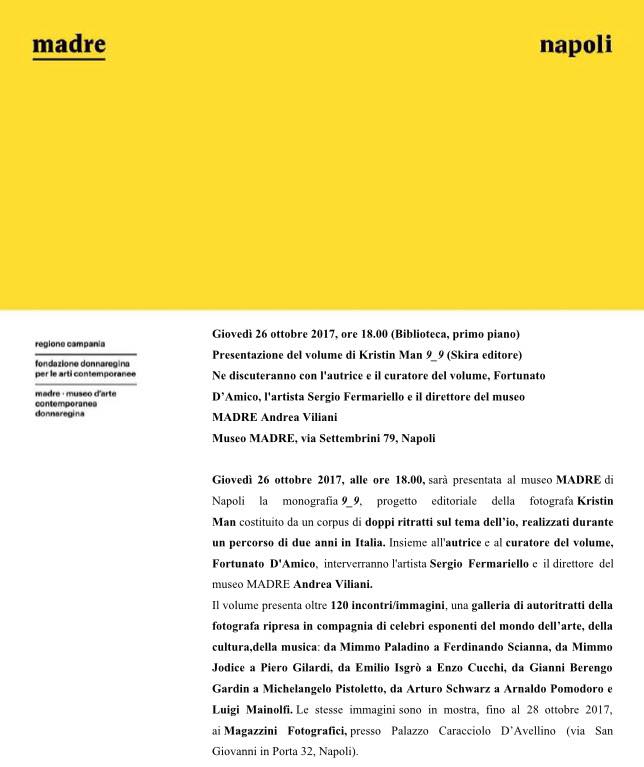 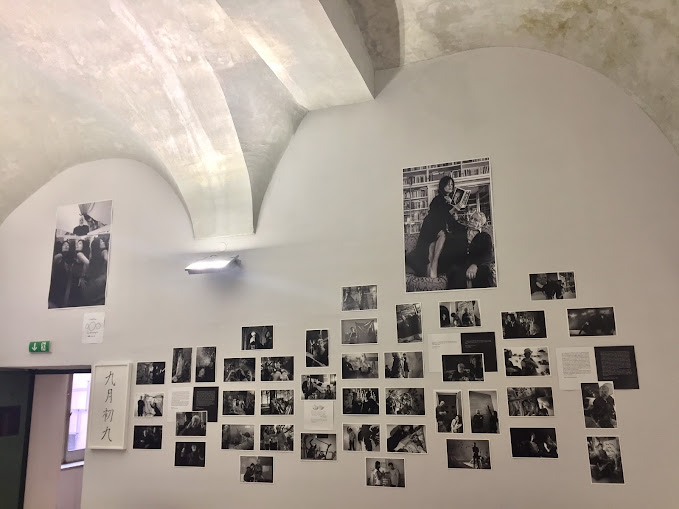 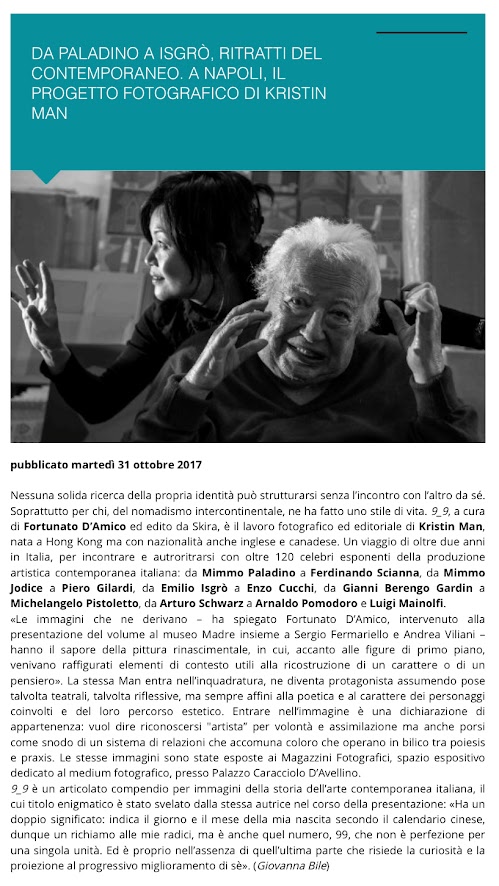 Continuing from this website's page "Events & Press", here is the ENGLISH translation of 17 Nov 2017 Corriere Della Sera Milano, Culture, ELZEVIRO “The Photographer and the Artists: The Double Portraits of Kristin Man”, by Sebastiano Grasso
https://www.pressreader.com/…/corr…/20171117/282600263172783

“I was born in Hong Kong when it was a British dependency, but I grew up around the world...The Hong Kong people generally identify themselves differently from those who live in mainland China [...], used to confront with cultural diversity and having a broad range of commercial exchanges. And it was this habit which triggered the long journey of Kristin Man's images, for two years, through an Italy of artists and critics, at the end encapsulated in Project “9_9” (a book published by Skira, 256 pages, €45, curated by Fortunato D’Amico).

Man, was said, was born on the 9th day of the 9th month of the Chinese calendar. When? It was not said. “While 99 is highly auspicious in the Chinese belief system, as a symbol of longevity and everlasting bliss", explains Singaporean Kong Yen Lin, "it is also one digit short of a flawless 100, a minuscule gap from a perfect score."

The premise of Project “9_9”? The story of a world traveller. Scholarship in Wales at a college ("UWC") with 350 students from 70 countries, the first journey in Italy at the age of sixteen with a backpack, a bachelor’s degree from Brown University, a master’s degree from Columbia University, work experience from London, Singapore and Paris; and if one feels well in Italy, why leave? (Kristin Man thinks).

Traveling around the world could lead not only to observe but to penetrate everyday life, bringing inspiration, suggesting ideas. Models? The Swiss photographer and film director Robert Frank; the Japanese street photographer Daido Moriyama; the American Stephen Shore in 1975, together with artists like Robert Adam? Lewis Baltz, Joe Deal and Becher, of a landscape grazed by mankind. And, aboveall, the American portraitist Ryan McGinley.

Well, the portrait. Thus begins the adventure of Kristin Man. Actually, in her case, the double-portrait. What does it mean? The double-portrait does not limit itself to photographing the others but simultaneously portraying also oneself. Man studies the various characters—mostly, artists—(inform herself, meet and interview) like a masterly film director, constructing the stage where to place the subjects “as if they were monuments to be gathered”, creates the atmosphere that feels suitable for each other, with a reflective and melancholic contribution ("it is my narcissistic journey exploring my rapport with another artist").

The end? “It is always difficult to end a road movie—as David Campany says in “The Open Road” because its essential fascination is in the escape, the engine of its narrative is the movement"...that the Chinese artist-photographer translates into individual aspects capable, however, of expressing her own interiority. The journey continues.

Zygmunt Bauman, explains Kong Yen Lin, states that “modernity commands life to be lived as a pilgrimage". What is that of Kristin Man, traveling around Italy? 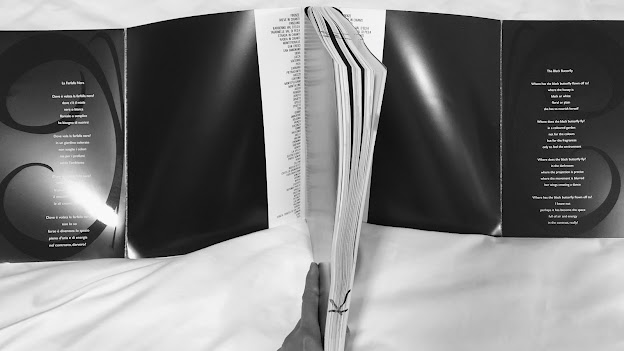 English translation of an article from newspaper “L’Informatore Vigevanese”, published this June.

Meeting: Kristin and her journey (actual and internal), written by Marianna Ossola

Identity, Diversity, Meeting, are only three of the infinite words that characterize “9_9” the new book authored by Kristin Man and presented last Saturday in the Room of Frescoes at the Sforzesco Castle of Vigevano. Cesare Giardini (artist based in Vigevano) and Fortunato D’Amico (curator of the book who lives in Vigevano) assisted the public in getting to know this modern global citizen who at the age of sixteen left HongKong to continue her studies at United World College of the Atlantic in Wales.

It is here that Kristin touched Diversity, both its beauty and difficulties, started a long journey, actual and internal in the research of herself and of her roots, by embodying the essence of our era of global meetings and conflicts: the “difference” is the engine of an insatiable curiosity that has to be enriched and not to be overcome by our cultural baggage. It is really driven by this desire to learn and to understand that in “9_9”, she, took up the role of the ancient European scholars, studying, knowing, weaving relationships with representatives of Italian contemporary art that participated in her personal discovery of Italy, a place far from her place of origin, but that has given her an unmistakable sense of belonging. Her more than 120 double-self-portraits represent a new photographic language that carries an intimate and subtle dimension in which the protagonist is the “I”, in a form that is also social: in front of the camera lens, the subject is a spectator as well as a creator, that shows the poetics of the environment, that were brought about by Kristin and the experience of their meeting.

Concerning what was also covered on 3 June during the book presentation, the culture councilor of Vigevano Matteo Mirabelli was enthusiastic about the revival of the city by an artist who promotes culture both at a national and an international level presented her book in Vigevano, an event supported by cultural associations such as Arte Il Faro and the comune of Vigevano. Maybe there could have been a more substantial number of participants from Vigevano.